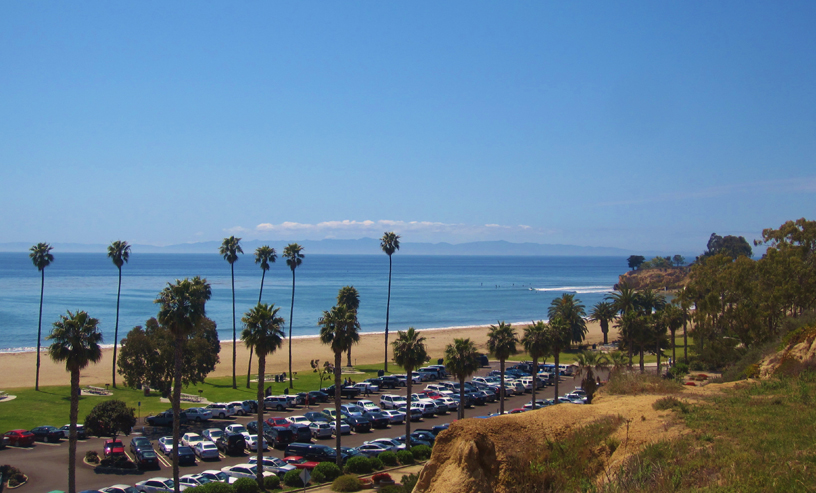 Santa Barbara is home to some of the best beaches in the world. Situated along the Pacific Ocean, Santa Barbara has some spectacular beaches with over 100 miles of beautiful coastline. With coastal mountains as a picture perfect background, the beaches are wide and clean with . palm trees lining the curving bay.

Santa Barbara enjoys a sunny and mild climate, and for this reason attracts tourists from all over the world. Although Santa Barbara is a typical coastal town, it offers a huge variety of outdoor activities, from surfing to whale-watching. A great plus point of Santa Barbara beaches is that most of them have trails for walking, biking and skateboarding. It is also a great place for wildlife viewing and and whale migrations are visible from most beaches. 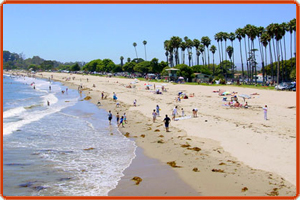 The most popular beaches of Santa Barbara are the East beach, Leadbetter beach, Arroyo have Burro beach and the Rincon beach.

East beach
East beach is one of Santa Barbara's most popular beaches with its beautiful palm trees, crystal clear waters and soft silvery sand. Surrounded by a grassy, tree lined park, East beach is a huge favourite with tourists owing to its special actvities like soccer and volleyball games. This world famous beach hosts several tounaments every year. East beach has some of the best hotels in Santa Barbara with all amenities one could wish for; volleyball courts, beach house, snack bar and a separate play area for children.

Leadbetter beach
Leadbetter beach is one of the best beaches for swimming and family picnics. Located to the west of the Santa Barbara marina, the beach has a grassy and green picnic area with lots of barbeque pits, making it an ideal spot for summer beach parties.

Rincon beach
Rincon beach is one of the best surfing locations in the world. The strong waves in winter result in a rocky shoreline but by summer, the ocean currents deposit enough sand to form an enjoyable and perfectly safe swimming beach.