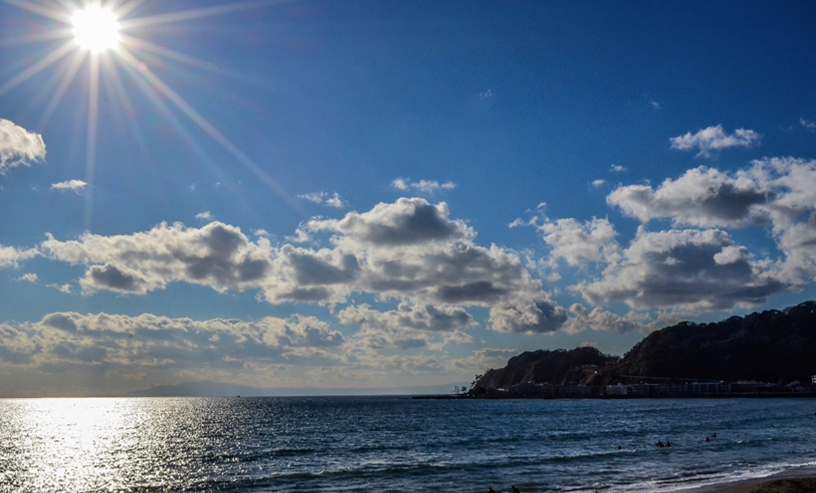 Zaimokuza is an area within the Kamakura region in the Kanagawa Pref. of Japan. At about the center of Kamakura's beach the Namerigawa river forms an estuary. The eastern half is called Zaimokuza Beach, the western Yuigahama Beach. This is one of the biggest beaches in the Kamakura/Shonan region and well frequented especially during the week ends. It is also a perfect venture for marine water sports and also board sailing. Interestingly "Zaimoku" means timber that comes from the fact that it used to be a port where timber was shipped from during the Kamakura era (12th-14th centuries).