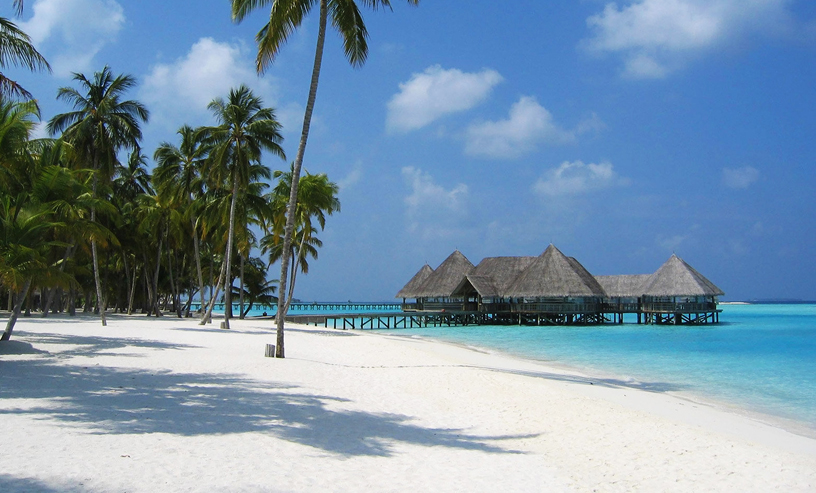 The country of Maldives is a cluster of 1,191 islands in the Indian Ocean. Maldives is one of the most beautiful tourist spots in the world with lush green trees and blue pristine waters. Its beaches always feature among the top ten in the world. Maldives was formerly a British protectorate and it gained its independence in 1965. The country has a population of above 314,000 according to the 2009 census estimate.

Maldivian's are predominantly followers of Sunni Islam and their national language is Dhivehi. The Maldivian economy is based on tourism and fishing. Of the 1,191 islands, only 200 are inhabited. The population is scattered throughout the country, with the greatest concentration on the capital island, Male. Maldives is one of the most picturesque locations you can set foot on. Its one of those perfect places where you can spend your long earned holiday with your loved ones. There are many beaches in the country that are frequented and popular among the tourists.

Listed below are some of the top beaches of Maldives.